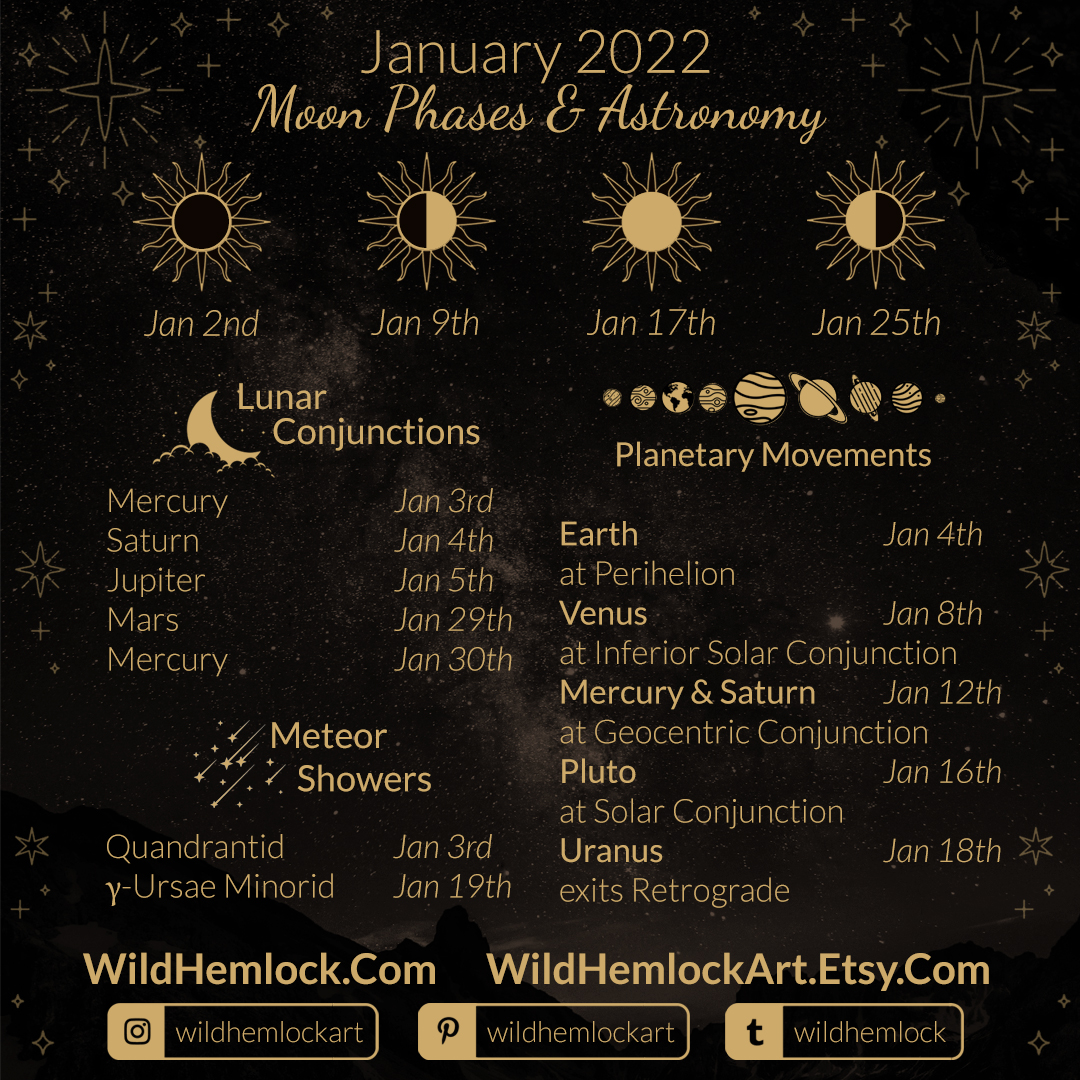 Happy New Years and welcome to 2022! Days are beginning to get longer, and Moon’s cycle restarts almost in line with the new year. The Earth will be at its closest point to the Sun, despite how cold winter weather usually is. The Quandrantid Meteor Shower will give a spectacular show with over 120 meteors per hour.

Siruis, of Canis Major, the brightest star in the night sky

Betelgeuse, of Orion, the Hunter

In the middle of the Winter Triangle is the constellation Monoceros, the Unicorn.