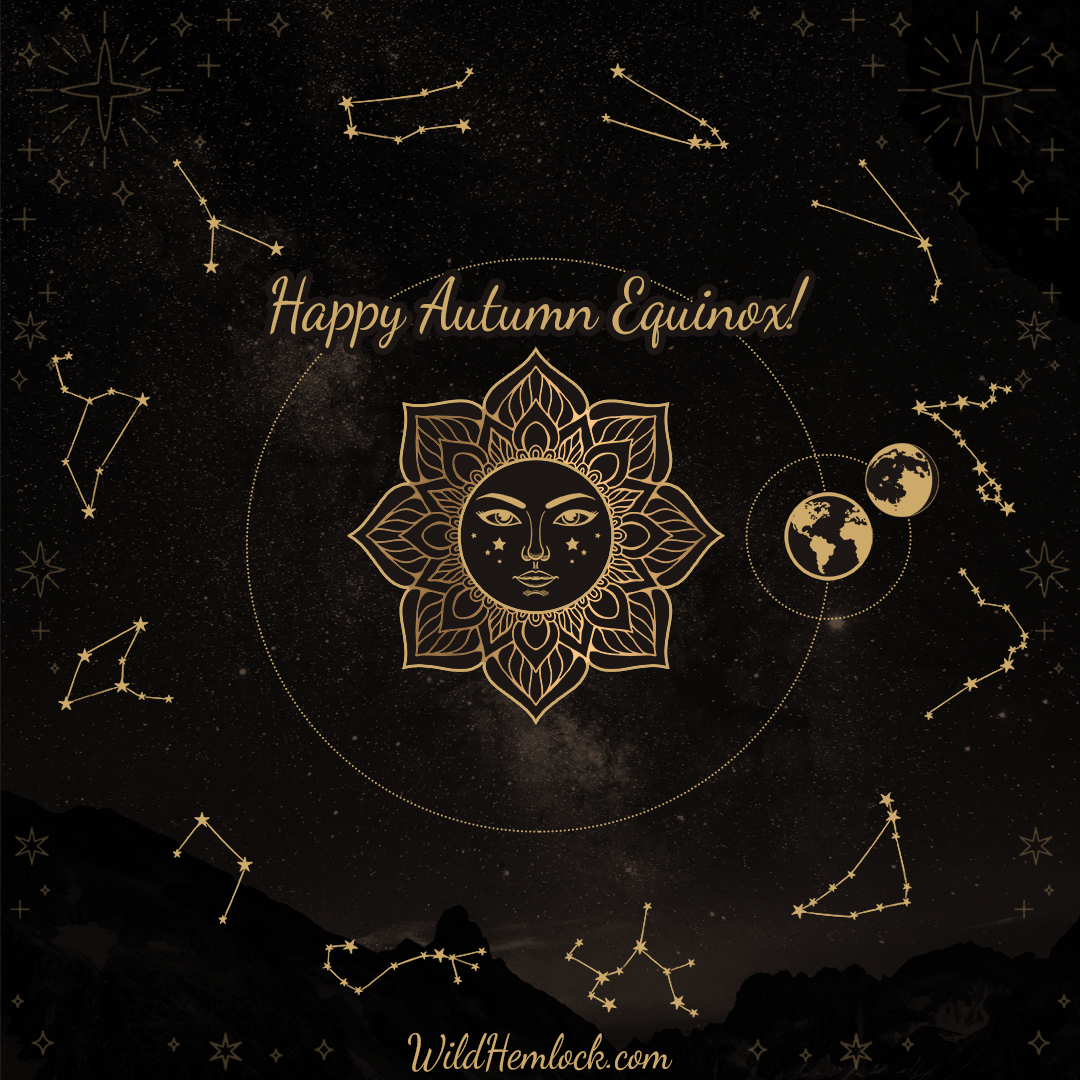 Happy Fall Ya’ll! Today is the Autumnal Equinox 2021, the first day of Autumn in the Northern Hemisphere. While many places have been feeling like Fall since September 1st, today is the “official” first day of Fall.

The Autumn Equinox is defined as:

The intersection of the celestial equator and the sun’s ecliptic pathway in it’s southern descent towards the tropic of Capricorn. At this time, the Earth’s axial tilt is facing neither toward nor away from the sun, and there is approximately 12 hours of daylight and nighttime (at the equator).

This sounds technical, but it only means that during the Earth’s uneven orbit, it is halfway between its high point and its low point. The sun is directly shining on the Equator, in the middle. During its high point, the Summer Solstice, the sun is most powerful on the Tropic of Cancer in the Northern Hemisphere. During its low point, the Winter Solstice, the sun’s most direct rays are on the Tropic of Capricorn in the Southern Hemisphere. During the Vernal (Spring) and Autumn (Fall) Equinoxes, the Equator experiences 12 hours of daylight and 12 hours of night time.

Learn more at the Glossary of Astronomical Phenomena!

Do you like the information I have accumulated, and would like to support this site? Please consider donating: