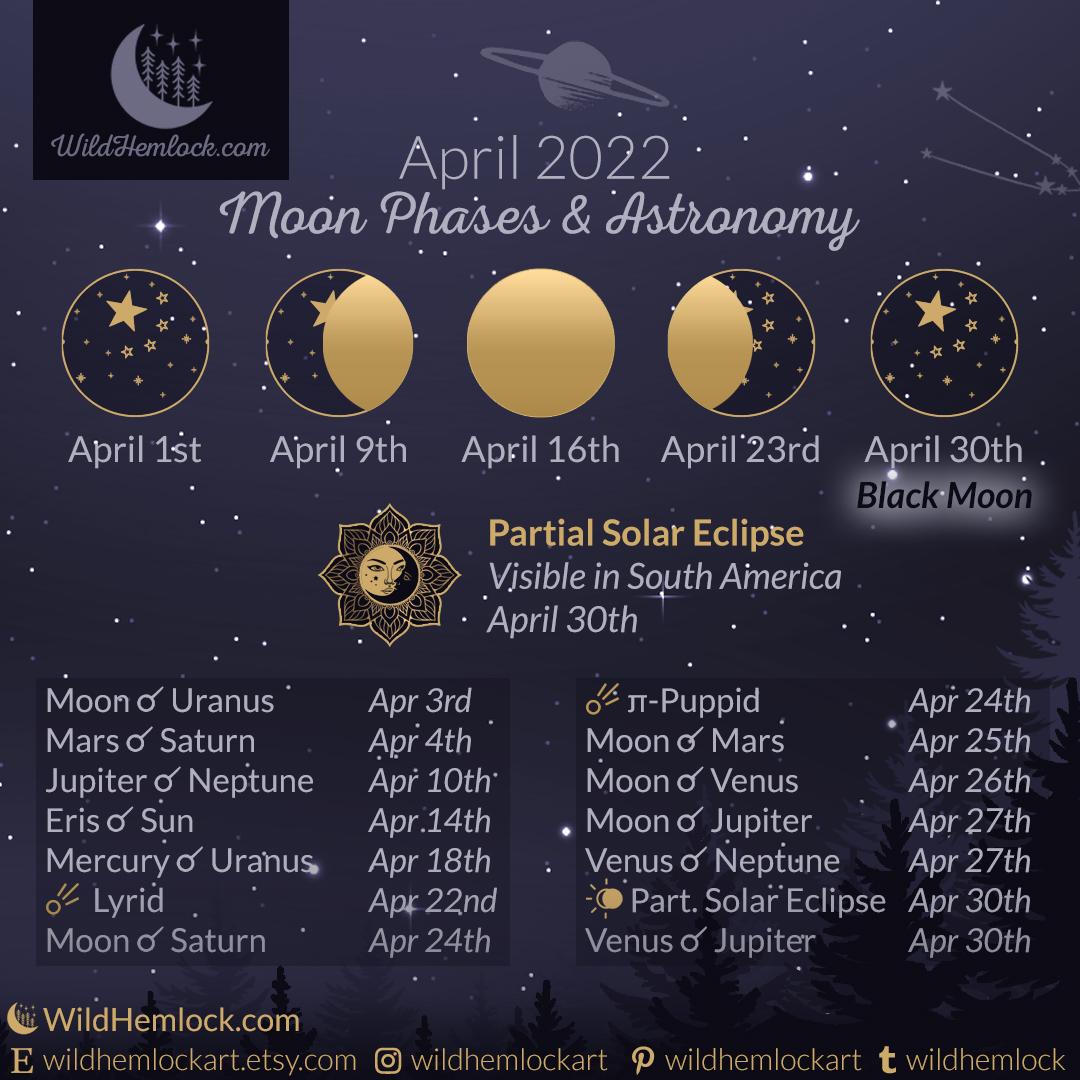 April, the first full month of Spring 2022, is here – bringing with it green plants and crocus flowers up here in the northern US. We have five moon phases in April in the Eastern Time Zones – including two New Moons, or a Black Moon. Two meteor showers will be visible this month as well, the Lyrid and π-Puppid later this month. April culminates with a Partial Solar Eclipse, the Sun being occulted by the Black Moon.

According to NASA, the Partial Solar Eclipse on April 30th 2022 will only be visible to readers in the lower parts of South America.

Click Here to Learn more about Black Moons, Partial Solar Eclipses, and More at the Glossary of Astronomical Phenomena