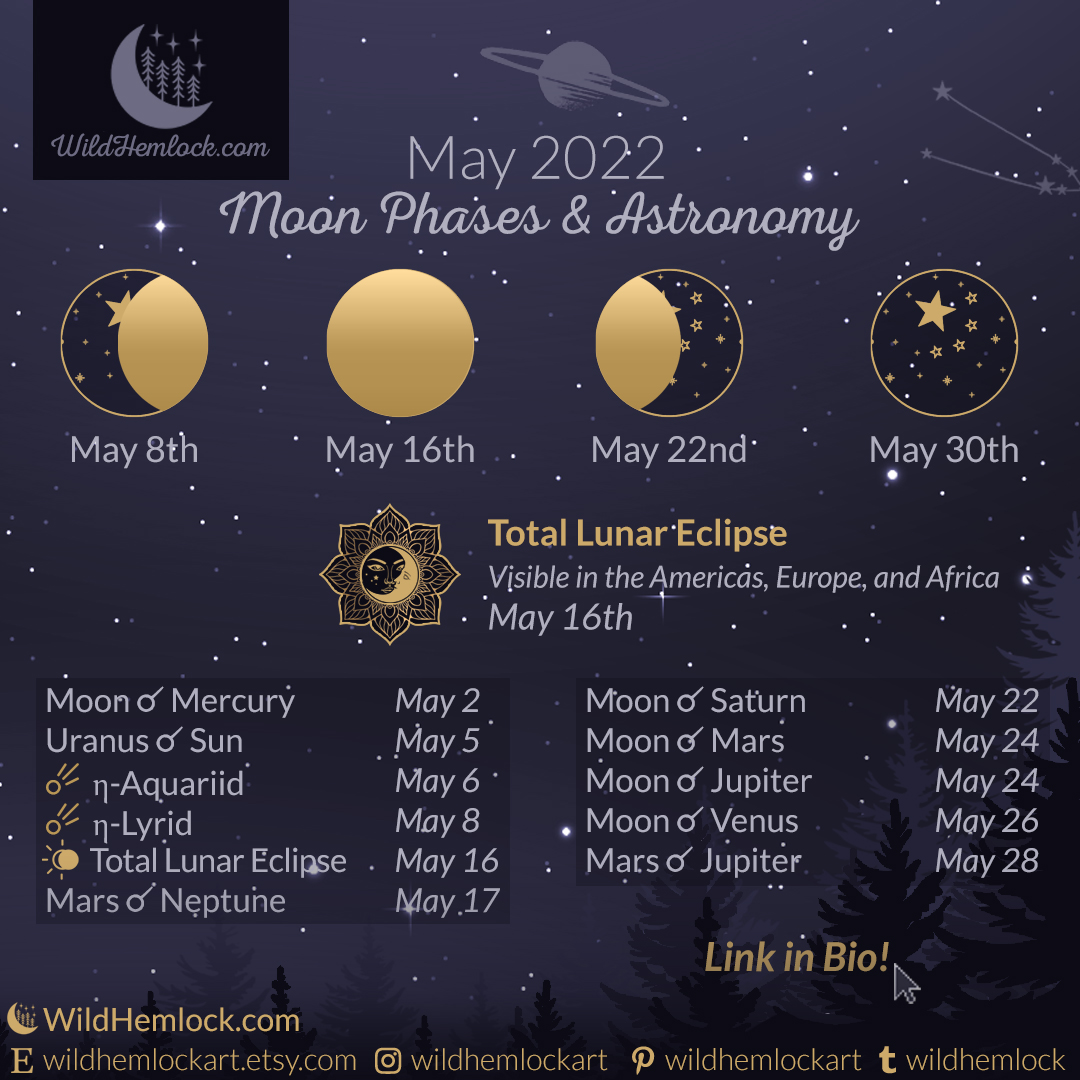 Happy May Day 2022! May is an exciting month in the skies – and a great time to get outdoors in the warm weather! On May 16th a Total Lunar Eclipse will be visible in the Americas, Eastern Europe, and most of Africa. The η-Aquariid Meteor Shower peaks on May 6th, showcasing debris from Halley’s Comet. Mars and Jupiter are both in Geocentric Conjunction with the Moon on May 24th. These two planets will visit each other more closely on May 28th.

Click Here to Learn more about the Penumbra, Umbra, Lunar Eclipses, and More at the Glossary of Astronomical Phenomena

In-The-Sky.Org, as usual, has an excellent write up and gears its articles to your local time.

NASA created a map of the visibility of the Total Lunar Eclipse:

Click Here to Learn more about the Penumbra, Umbra, Lunar Eclipses, and More at the Glossary of Astronomical Phenomena