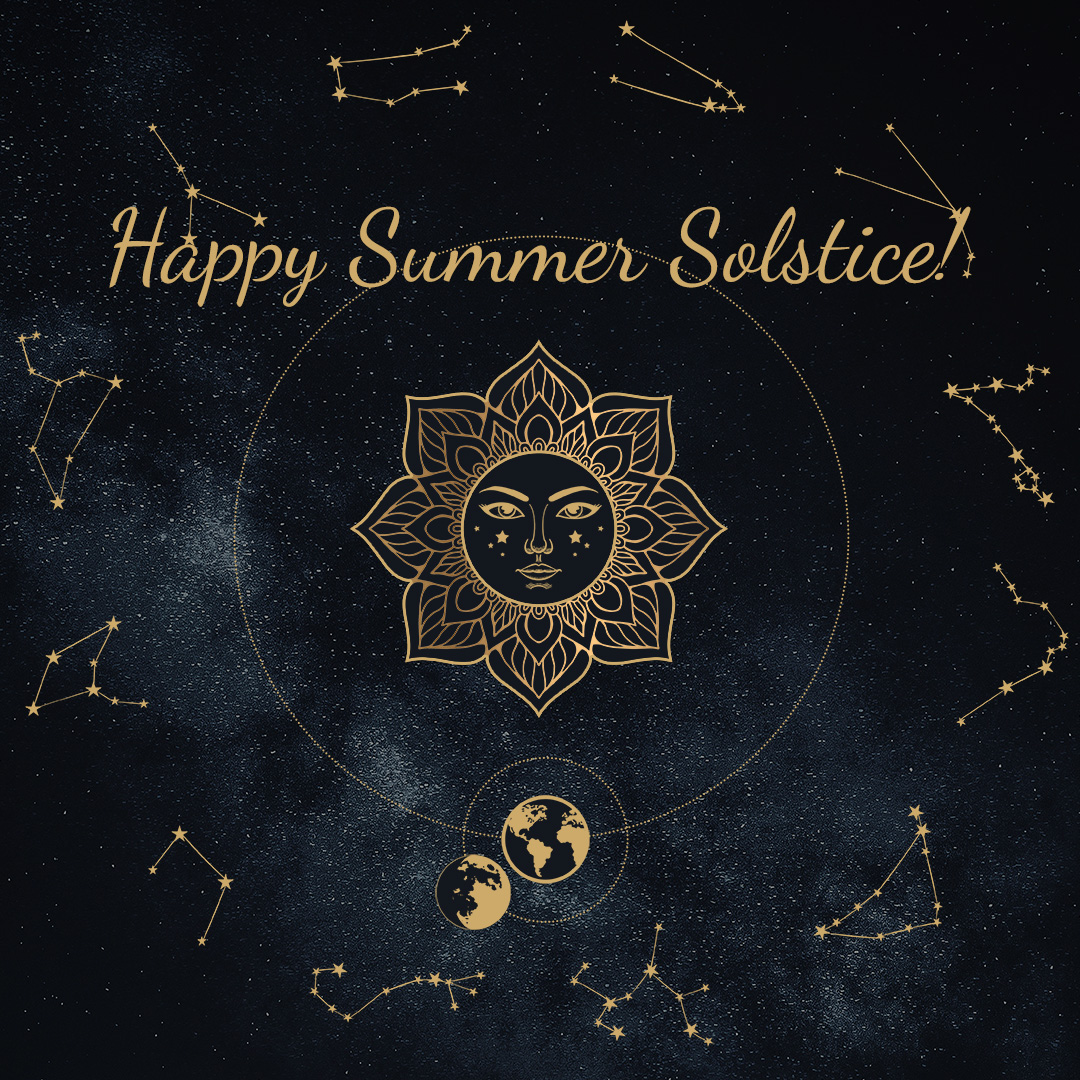 The summer solstice occurs when the Sun and Earth are at Solstice and the Sun’s elliptic pathway is in the observer’s hemisphere. At the same time, the opposite hemisphere is having its winter solstice. During the Summer Solstice, the day is the longest it will be all year. It occurs near June 21st in the northern hemisphere and signals the start of summer. The most direct sunlight (shadows with a 90° angle at noon) is at the Tropic of Cancer in the northern hemisphere. Read more in the Glossary of Astronomical Phenomena!

This leads to some cool anomalies. Today in the Arctic Circle, the phenomenon of the Midnight Sun can be observed. Due to the Earth’s atmosphere’s ability to bend light waves, the Sun can be visible during midnight south of the Arctic Circle as well.

Many cultures in the northern latitudes have holidays around the Summer Solstice. This is the height of the growing season in the Northern European climates. Later this week is a holiday known as Midsummer in many European countries. It occurs on June 24th, which is coincidentally, the full Strawberry Moon. This was later co-opted into St. John’s Day. Norse and Germanic peoples celebrated Litha. Additionally, both the Ancient Greeks and Romans had festivals celebrating Kronus and Vestalia respectively. In Ancient China, the yin or feminine force was venerated. Here in the United States, many Native American/American Indian tribes celebrate the solstice in their own unique ways across the continent.

Where I come from, the Summer Solstice is used as an excuse to get outside, get in the woods, or get on the river!